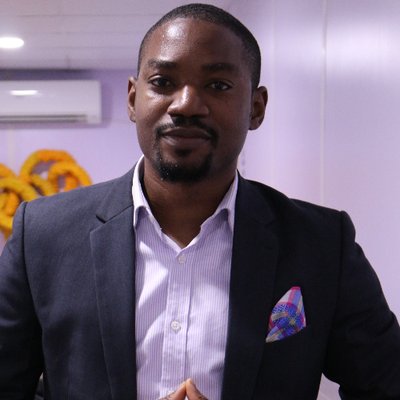 A Nigerian lifecoach/entrepreneur, Fola Olatunji-David has taken to
social media to share a touching experience how a mad man saved him from
many travails.


Read how he chronicled his story;

God is still in the business of embarrassing us with miracles.

Summary; My car stopped on the road today in Surulere. Was stranded for
45 mins trying to diagnose and find help. A half naked MADMAN shows up
and tells me what to do (go buy fuel). 15 mins later, problem solved.

History:
Took the car to the shop for some mechanical work a few days back… As
per Naija mechanic (fix one, spoil another), he spoilt the fuel gauge.
So I didn’t realise I was out of fuel (guage was still well over half,
and i hadn’t driven car in days to remember proper level)

After my informed diagnosis of problem elimination, I concluded that the
new fuel pump that was replaced must have been fake. Thank God I kept
the old one right? Wrong! I start to struggle with the back seat of the
Toyota to access the fuel pump cannister.

Just to be on the safe side, I decide to try starting again. I was
wearing a white dress shirt, and was already half soaked in sweat. This
guy shows up shirtless and starts to shout “Na the fuel”. Thinking it
was a tout, I just ignored and continued my “work”.

After 10 mins of struggling and not making headway, I step out of the
car to catch my breath. This guy starts walking to me, it was then I
realised that he wasn’t a boy in the hood showing off his abs, but a
middle aged man who was mentally unbalanced and destitute. MAD MAN!

I was certain today was an unfortunate day because not only was my car
bad on Eric Moore Road, I was going to be accosted by a madman. He
calmly walks up to me and says “Oga it’s the fuel, go and buy fuel”. I
said thank you to let him leave me peacefully, and he did!

A few problems here (in my mind):
1. My gauge said otherwise
2. Even if, I didn’t have a keg to buy the fuel
3. I didn’t know where to buy the fuel
4. It definitely wasn’t the fuel – I now remembered that I bought a full
tank less than a week, and hadn’t gone anywhere with it.

30 seconds later, this guy comes back with a dirty 5 litres keg with a
makeshift cover made of all the nylons and “pure water” satchets he
could find, and says I should “leave here and go buy fuel”. Y’all know that in Nigeria, leave here is not an advice, it’s a warning.

I decided I needed a break either ways, and I was probably in his turf.
As I was flagging a bike he didn’t say a word, just looked at me like he
was going to sell my car the moment I went out of view. Today couldn’t
get worse! Have you had a mad man angry at you before?

Anyways, I make a quick trip to the conoil up the road, and come back.
Get back to my car and the mad man was gone! Hallelujah. Next up create a
funnel out of empty plastic water bottle, I grab one bottle from the
car, looking for something sharp to cut it.

Couldn’t find something in the car so decided to improvise. Immediately I
came out the car guess who was holding an already cut bottle… Yes, this
mad man. He gives me and moves back (as you would if you gave someone
something very dear to you). I was half spooked, half amused.

Anyways, I pour the fuel, run the engine and the car starts on the spot
as if I just drove from servicing… I couldn’t believe it. I had
reluctantly bought the fuel and wasn’t expecting it to work. Stunned I
start to thank the guy and he was just smiling.

I reached out to thank him, but by now he was back to being mad… talking
complete rubbish and point to the ground and stuff! I forced 1000 on
him and left. Mad as in, kolo!

Fam! God made a mad man temporarily gain his sanity to sort me out!!!

I grew up hearing my father proclaim “I can never be stranded” and “I
was young and now old and never seen the righteous forsaken or his seed
beg bread”… Today, those words became life.

It’s more amazing because I’m not righteous, not by a mile, but its a
continuous testament of God’s love and commitment to embarrassing us
with his mercy and grace!

I repeat, God used a mad man to help me! Wow.

Trusting God With Your Tomorrows