FRSC to begin “Operation Show Your Driver’s Licence’’ in Lagos 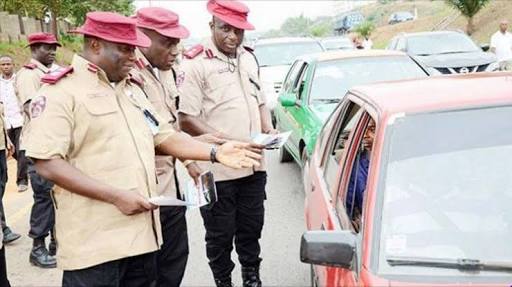 The Lagos State Sector of the Federal Road Safety Corps (FRSC) plans to
embark on an “Operation Show Your Driver’s Licence’’ soon, according to
the sector commander, Mr Hyginus Omeje.

The aim is to encourage owners of the 56,767 driving licences currently
lying uncollected in FRSC offices across the state to go and pick them.
“We are embarking on this assignment so that motorists will come to our
office to collect their driving’ licences. There are 56,767 licences yet
to be collected by their owners,” he said.

“We have sent SMS to
their owners that their licences are ready for collection but they
ignored our messages. The fine for a motorist driving without a valid
licence is N10, 000 and the offender must produce the licence within 24
hours,” he added.

Omeje said that if, after 24 hours, such offender could not produce a
valid licence, his vehicle would be impounded. He said that in such
situation, it would be assumed that the driver was not licensed to
drive.
Tags: News
Previous Post

Tips To Eat Your Way To A Smooth Skin

Things You Should Never Do When You Return from Holiday Break