Dear Senator Tinubu, Buhari has thrashed us all! 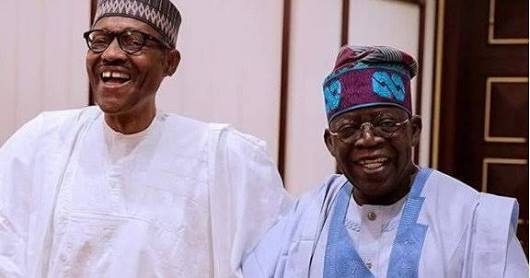 Written by Abimbola Adelakun
On Tuesday, Senator Oluremi
Tinubu, wife of the erstwhile strongman of opposition politics, Asiwaju
Bola Ahmed Tinubu, expressed her frustration at how her husband was
“thrashed” by the President Muhammadu Buhari government he helped put in
office.

Even a minimally savvy observer of Nigerian politics would have figured
out that a palace coup has consumed the so-called Jagaban of the game.

Asiwaju
Tinubu’s position in the All Progressives Congress is no longer what it
used to be, and his profile as a master politician gifted with a deft
understanding of Nigeria’s political roulette tanked long ago. He has
denuded from a quick-thinking opposition figure to one of the many
gadflies milling around Ask Rock. These days, his comments on political
issues seem like a forced attempt to be relevant. One looks back at the
time he was such a political force that could put his wife and children
in offices without even a whimper from any of the voices that now
complain about Buhari’s sin of nepotism and wonders how the mighty fell
so hard. Was the man ever a brilliant political strategist or his
success was as a result of the coincidence of historical events that
neatly aligned in his favour?

Senator Tinubu wants us to
believe that her husband helped Buhari to power out of sheer love for
the country and nothing else. Despite her husband being sidelined, he
still loves Nigeria and is giving his best from the place where he has
been consigned. If Tinubu’s motive was all patriotic, why complain about
his not being at the centre of things? Why not simply chalk up all the
humiliation to the larger sacrifice we are asked to make for the sake of
Nigeria?

Here is what Remi has perhaps not considered: Buhari sees her husband as duplicitous and has outplayed the old fox.

We can all remember all the politicking and insensitive shenanigans
that took place during the 2011 elections between the old APC (then
known as the Action Congress of Nigeria) and Buhari’s then party, the
Congress for Political Change. Then, the calculation was that both
parties would band together, field Buhari for President, and the ACN
would supply the Vice President – Tinubu as the VP, nonetheless.

The idea did not fly for both parties because – it was insinuated –
they were both Muslims and Nigerians were not going to be excited by a
presidential team composed of two Muslims. Both parties went their
separate ways with the ACN picking a former EFCC boss, Mallam Nuhu
Ribadu, as its own presidential candidate.

The elections came
and went, and it was amazing to everyone how the ACN candidate was badly
beaten in the South-West, the ACN stronghold. Apart from Osun State
where he won, he lost everywhere else. It was strange that the party did
not mobilise her teeming supporters to vote for its candidate. In my
mind’s eyes, I still see poor Ribadu looking at the election results
from the South-West the morning after the election and wondering what
happened. He probably knew he did not stand a chance of winning the
whole nation, but, at least, the South-West should have been a shoo-in.

Then,
came the post-election analyses, speculation, and putting together of
pieces of different puzzles to understand what happened. The story then
was that Tinubu abandoned his own party candidate to support the
incumbent, Dr. Goodluck Jonathan, of the Peoples Democratic Party who
thought if he lost the South-West to Ribadu, and was not guaranteed the
North, it could result in an electoral run-off. To ward off that
possibility, he allegedly “bought off” Tinubu to “deliver” his party and
since the ACN wasn’t going to win anyway, Tinubu did the most practical
thing: he deliberately lost his stronghold. When Ribadu, betrayed and
humiliated, finally packed whatever was left of his dignity to join the
PDP, he alleged that he was leaving because his party traded him during
the 2011 elections.

Ribadu’s allegation sounded like the bitter
rant of a scorned lover, and a man who was going to join the band of men
he had previously written off as irredeemably corrupt is not the most
credible person. The account of Tinubu being “bought off” by Jonathan
remained mostly speculative; just strands of historical possibilities
reconstructed from both whispered rumours and the insight and clarity we
sometimes achieve in the wake of events. It would have remained that
way if, Tinubu himself, in a moment of human slip – and perhaps a
hubristic perception of his omnipotent power – had not admitted that,
indeed, he betrayed his party candidate.

In March 2015, while
campaigning for Buhari at the Onikan Stadium, Lagos, Tinubu unwittingly
confessed that he sold his party’s candidate on a silver platter because
Jonathan made him believe then that he was a breath of fresh air.
Tinubu did not admit whether he was compensated or not, but we can guess
that his motives could not have been purely altruistic. Politicians do
not give out such huge favours like that if their other hand is not
stretched for a recompense. One suspects that Tinubu did not support
Jonathan a second time for two reasons: One, it would have been awkward
to betray his party a second time. Two, he saw a clear path to the
Presidency and although he jockeyed to be the ACN vice-presidential
candidate, he failed. Had he succeeded, he would have been just one
heartbeat away from the Presidency itself, his ambition all along.

Looking back now, Buhari, from the time he joined the APC, must have
planned to mitigate Tinubu’s prostitution of his political capital.
Tinubu’s 2011 and 2015 conduct must have taught Buhari that a man who
betrayed his own party’s candidate will do something equally mischievous
if he were not rendered redundant. In order not to have to beg Tinubu
for his re-election, he fired Tinubu as kingmaker and compensated him
with the cynical task of reconciling the party.

The Buhari
unravelling would not have been as painful if the man had not thrashed
everyone else along with his sponsors. The Nigerians that voted his
opponent, along with those that even had no voter card, are all
currently being invoiced and forced to pay for Nigeria’s poor choices of
candidates in the 2015 election. Issues such as corruption, security,
and building up the economy were some of the biggest concerns of 2015.
Buhari does not have much to show in those areas other than sterile
figures whipped out from their propaganda playbook. The economy has
regressed; from Benue to Taraba to Kaduna, human lives and property have
been wasted; the country is directionless; the administration’s
so-called fight against corruption has lowered the bar of integrity for
itself so many times that the whole affair looks like a poor joke. In
short, we have all been thrashed by Buhari.

Tinubu backed a dying
horse because of his ambitions. Nigerians of all shades too bought the
myth of a messiah who would do wonders for their country. All of us are
paying for it right now. While Tinubu’s punishment is that he has been
rendered irrelevant, millions of other Nigerians have watched their
lives and the things that make them meaningful dwindle to almost
nothing.

Despite everything, Senator Tinubu still thinks that
Buhari is a candidate to beat because some poor indoctrinated masses
love him and want him returned to power. If I were her, I would work
against such a possibility. If her husband still has any joker left, he
had better bring it and ensure Buhari is not re-elected. If Buhari is
returned to power in 2019, she and her husband’s problem would no longer
be mere thrashing. With power in his hands and no other presidential
contests in his future, Buhari will probably have Tinubu jailed!

– By Abimbola Adelakun for The Punch
Tags: News
Previous Post

Can you imagine?Millionaire Pretends To Be Poor & Visits A Restaurant… and this happened

How My Friend Tried To Destroy My Matrimonial Home – Woman Reveals