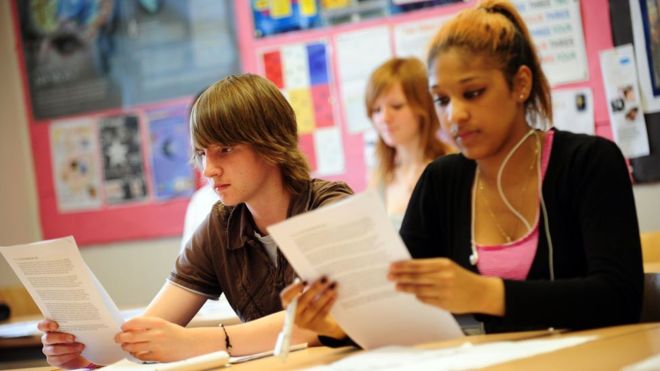 There is no justification for such “high interest rates” on student loans, says a committee of MPs.

The
Treasury Select Committee says it is unconvinced by “questionable”
claims in support of charging up to 6.1% on loans that cover fees and
living costs.
The report comes as the government prepares to unveil its review of university funding in England.
Committee chairwoman Nicky Morgan says the return of maintenance loans could also help to “remove barriers”.
Prime
Minister Theresa May and Education Secretary Damian Hinds are about to
launch a review which will consider cutting or freezing £9,250 tuition
fees and lowering interest rates to reduce levels of graduate debt.
There will also be discussion of funding for vocational courses and apprenticeships to tackle skills shortages.

The
Treasury select committee report recommends that the review should
reconsider the level of interest rates and whether these charges should
be applied when students are still studying.
The Institute for
Fiscal Studies has shown that students in England will run up more than
£5,000 in interest charges before they have even left university.
Former Conservative and Labour education ministers, Justine Greening, Lord Willetts, Lord Adonis and Charles Clarke, have all raised concerns about the level of interest charges.


There is also a call to consider reinstating
maintenance grants for disadvantaged students, after these were
abolished last year.
Mrs Morgan, a former education secretary,
warned that the maintenance loans available to students were not enough
to cover all their living costs.
“If a student can’t access additional sources of income, they may be priced out of university,” said the committee chairman.
The MPs are also asking for a clearer explanation of why such a high level of tuition fee is necessary.

The
current education secretary, Damian Hinds, has said the benefit of a
degree to the wider economy – and how much it costs – should be part of
the review of university funding in England.
In an interview with the SUNDAY TIMES,
Mr Hinds suggests that higher government subsidies could be provided
for more expensive courses such as engineering and other sciences
The
review of fees, first promised in the autumn by the prime minister,
will examine whether students are paying a fair amount, whether it is
the most efficient way of funding universities and whether students are
getting value for money when they are graduating with an average of
£50,000 in debt.

It
will also consider the funding of the broader post-18 education system
and whether students not on three-year degree courses are getting enough
support.
Part-time student numbers fell sharply after the last
fees increase – and the Treasury Select Committee has called on the
review to find ways to reverse this.
Peter Horrocks,
vice-chancellor of the Open University, said the committee of MPs
“rightly recognised that part-time students have been the real victims
of the 2012 reforms”.
“The collapse in part-time student numbers
in England is undermining attempts to tackle the skills crisis in the
economy,” said Mr Horrocks.
A spokesman for the Department for
Education said the “major review” would examine “funding across tertiary
education to ensure a joined-up system that works for everyone”

The playboy who got away with $242m – using ‘black magic’