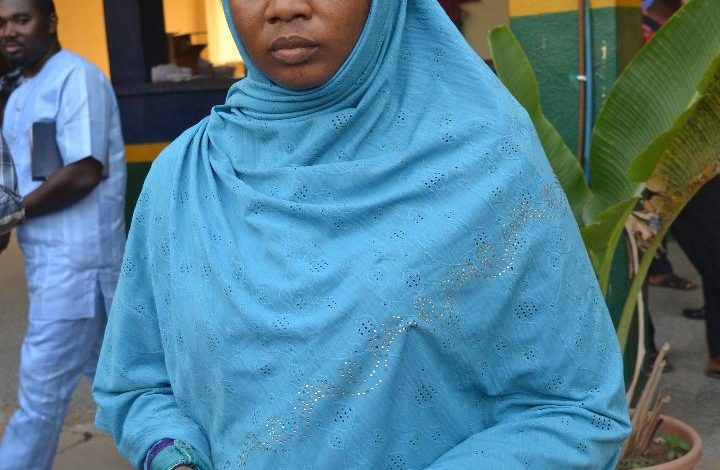 The police said the woman used the President wife’s name to solicit
for contracts from members of the public who are mostly head of
government agencies.

Speaking during the parade, the FCT Commissioner of Police, CP Sadiq Bello, said:

“Today we have a special suspect to present before you. She is Aisha
Muhammed Bello, 37 years old, mother of four from Plateau State.

She was arrested for impersonating the wife of the President of the Federal Republic of Nigeria, Aisha Muhammadu Buhari.

“She
is used the name of the First Lady to solicit for contracts and
financial assistance from unsuspecting members of the public, especially
heads of government establishments.

“The suspect was arrested by
police operatives on 10th January, 2018 at Fadama 111 Project Office,
Maitama, Abuja, following a report that she contacted the Coordinator of
the Project that she wants assistance in her capacity as the First
Lady.

“Upon her arrest, a phone and a newly acquired Airtel SIM
card registered in the name of Aisha Buhari, First Lady of the Federal
Republic of Nigeria, was recovered from the suspect.

“Police had
commenced moves to contacting other people she must have duped in the
name of the First Lady. At the end of investigation, she will be charged
to court. ‘Members of the public are hereby advised to always be double
sure of who they are dealing with before they part with their property
or money.”

“I am a businesswoman. I sell clothes. I was arrested after I requested for a contract in the name of the wife of the President.

“I
only sent text messages in the name of the wife of the President for
contracts. I only did it once and it is because I lost the money for
business and I didn’t have money to do my business.

“I registered the Sim at Durumi area of Abuja.”

Why Nigeria’s Economy Will Be Better In 2018

How To Get Rich & Still Have Peace To Enjoy Your Riches