Here is it! 3 Interesting Reasons Why You Shouldn’t Quit 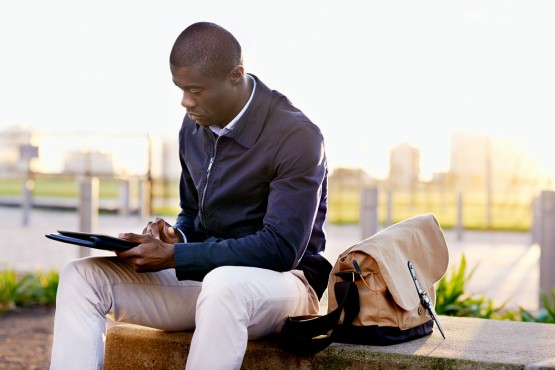 I’m not going to say “Don’t Quit.” After all, some of you should quit,
if you’re doing something you shouldn’t be doing or that doesn’t fit
with your gifts.

I would ask you though, before you quit, to consider some things I’ve found helpful.

I’ve
learned much from leadership expert Seth Godin, with perhaps the most
important thing being this: “Winners quit all the time. They just quit
the right stuff at the right time.” This is the thesis of Godin’s The
Dip: A Little Book That Teaches You When to Quit (and When to Stick).
Godin is not, to my knowledge, a believer. But his insights on human
nature often resonate with a biblical vision of the way of wisdom.
Moreover, I like his writing because he’s not the typical leadership
guru, saying “You can do it!” He doesn’t know if you can do it or not.
He just offers tools to help you determine whether you can or not.

Godin
identifies “the Dip,” what he calls the sinkhole that causes people to
give up. At the beginning of a project, it’s fun. After years and years,
there comes expertise and wisdom. In between, though, is “the dip.”
Godin writes: “The Dip is the long slog between starting and mastery; a
long slog that’s actually a shortcut, because it gets you where you want
to go faster than any other path.”

We fail, Godin writes, when
we don’t quit the things we shouldn’t be doing. This is consistent with
what the Bible tells us about the Body of Christ: the various gifts are
distributed, all for the upbuilding of the church. Someone who tries to
use all of the gifts, or those he or she doesn’t have, will not succeed.
My deciding that I shouldn’t be a church planter isn’t a failure. The
only way I can succeed at what God has gifted me to do is by letting
others do the things I’m not gifted to do.

At the same time,
though, Godin says that failure comes from people who quit things they
should be doing too soon. If something is consistently easy, it’s
probably something that doesn’t need to be done. A ministry, for
instance, that is “safe” is probably a ministry that isn’t challenging
problems, just repeating comfortable patterns that confronted problems
already gone, or that belong to someone else. The resistance and
discouragement you face is not necessarily a sign that you shouldn’t be
doing what you’re doing. In many cases, it’s merely a sign that you are
actually leading, doing something not currently existing in your
context, and thus needed. Godin tells us not to be the woodpecker who
pecks twenty times on a thousand trees and gets nothing, but rather the
woodpecker who pecks 20,000 times on the one tree and gets dinner.

If
it weren’t for “the Dip,” everyone would be doing what you’re
attempting. There would be no need for you. Your value comes in
surviving that Dip, for the sake of the future. The way one tells the
difference between a Dip and a cul-de-sac is the question. Godin answers
that with three questions.

1. Am I panicking?
People
often quit when they hit resistance, and are scared. I’ve known pastors
who quit when certain people in their congregations start grumbling,
only to then go to other congregations and start the cycle all over
again. They have in mind the kind of ministry they want, that they see
one of their heroes having. That hero, though, didn’t get there without
grumbling and resistance. Read biographies. Or talk to your heroes. Or
read the Bible!

2. Who am I trying to influence?
No
place of service will please everyone. You shouldn’t quit teaching
Sunday school because some of the teenagers in your class yawn and roll
their eyes. You shouldn’t quit the literacy project for the poor because
some people think it’s a waste of time. Whatever it is that God has
called you to do, recognize that if there weren’t people who hate what
you’re doing it would only be because you were not doing anything
needed. You endure the naysayers for the sake of those God has called
you to serve (sometimes the future selves of those same naysayers!).
Paul did not yield to the opponents of the gospel of grace, “so that the
truth of the gospel might be preserved for you” (Gal. 2:5).

The
false gospel seemed “normal.” Paul didn’t care about being in the
mainstream of his immediate context. He knew the Law and the Prophets,
and the gospel he received from Jesus. As Godin put it elsewhere: “If
you cater to the normal, you will disappoint the weird. And as the world
gets weirder, that’s a dumb strategy.” Actually, it always was (1 Cor.
1:21-31; 4:1-20)

3. What sort of measurable progress am I making?
This
is easier, of course, in a business than it is in an endeavor with
intangible, spiritual effects — like serving in your church or leading a
neighborhood ministry. Have people in your life that can counsel you —
people that you respect for spiritual maturity, and seek their input.
I’ve found some people who quit too soon did so because they were
listening to advice about themselves from people that they would never
listen to on any other topic, while ignoring those they did listen to on
other matters who were encouraging them to keep going.

Discouragement
is no sign you should quit, and, in fact, might be a sign that you are
doing exactly what you should be doing. In that case, press through the
Dip, carry the cross, and walk on to the crown.