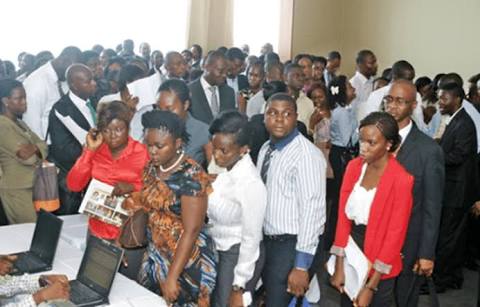 “There are no white collar jobs any longer. If you are waiting for one, you will wait for a long time.

“People are now finding employment in the blue collar jobs, and it is even more profitable.”

The Minister of Labour and Employment, Dr Chris Ngige, says the Federal
Government will use certificated skill acquisition to fight unemployment
and idleness among Nigerian youths.

Ngige said this on Sunday at the palace of Igwe Chukwuemeka Ilouno, Traditional Ruler of Ifitedunu Community of Anambra.

Ngige
was in the palace to receive documents for 3,000 quare metres land for
building a Specialised Skill Acquisition in the community.

He
said the edifice for the scheme to be built by the Federal Government
would have hostels and would offer skill courses with certification in
levels one, two and three.

He said the project was a replica of the London City and Guild Academy.

The minister noted that the project would be established in each state under the same model.

Ngige
said the first phase of the project, which included skill laboratories,
auditorium, water and security facilities, would be delivered in three
months.

He also said the second phase of the programme would
commence immediately, since the project had been captured in 2018
appropriation bill.

“The Federal Government is looking inward by
encouraging specialisation on jobs such as carpentry, bricklaying,
tiling, fashion designing, make-up and bead making, interior decoration
among others.

“This is to help redeem our youths from joblessness, occasioned by lack of white collar jobs.

“How many of you are aware that the daily pays for carpenters and other artisans have increased?

“In
Abuja they collect as high as N10,000 per day’s job. If they get these
per day jobs even if it is only five times in a month, do you know how
much that is?

“How many white collar jobs pay that much in a month,’’ Ngige asked.