You have Private Car, nothing wrong if Pastor has Private Jet 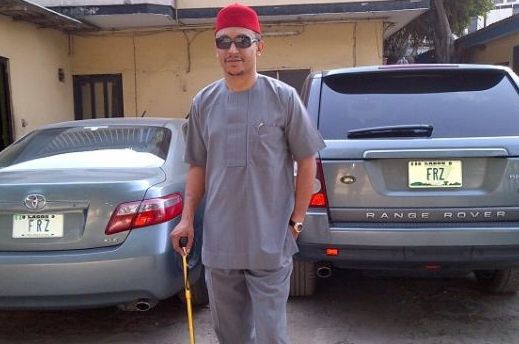 Written by Ife Olaleye: Before writing on Why Pastors Use Private
Jets can Freeze and his followers answer the question below, as I see
no difference between a private jet and a private car.

Can Freeze tell me the difference between a Private Jet and a Private Car?
My own response: To the people who use private cars, I tell you that you
are of no difference from those who use Private Jets. If Freeze himself
and his followers want us to take them seriously then they should sell
off their cars to the poor and join the rest of us Nigerians to use
BRTs. That is the only way they can prove to me that they are sincere
about their crusade against Jets because who is to say Freeze won’t buy a
private Jet if he has the money to do so.

Now, If God would Judge Oyedepo and Adeboye for using private jets then
don’t be sure he won’t judge you for using a private car when the rest
of us are taking BRT. Why not use that money you use in buying Lexus,
Camry and Toyota to feed the poor and simply use Danfo or BRT?

(Sarcasm) It is amazing that even some Churches where they use Church
money to buy Bus would come and criticize those who buy jets for
international travels. The way today’s people assess issues is strange.
To them anything they can not personally afford must be unfair for the
Church to procure.

Out of the millions of clergymen who exist across the globe there is
just an handful. Most likely less than 100 who own private jets. As a
matter of fact the use of private or charter jets is usually restricted
to top leadership of most ministries e.g Pope of Catholic Church, GO of
RCCG etc. However the enemies of the church both within and without have
made a storm out of a glass of water to create the exaggeration(lie)
and make it seem all churches are just being self serving. Before I
proceed into addressing the issue of private jets I would like to
address another trendy statement

A Private Jet is Just a personal Vehicle like any other Private Car
A private jet is not necessarily or exclusively luxury like a yacht for
instance. Corporations, Governments and Organizations do own it for
operational purposes and a Church with significant presence in more than
20 countries should actually consider owning one depending on how
centralized the leadership of the church is.

It would be unwise of Living Faith and RCCG to use commercial Air transport.
The issue of Private jets ought not to be a Controversy. If you have a
local assignment then use a local means of transporation. The assignment
of most Nigerians are within the country. Hence a bicycle/motorcycle
would do for those in the core villages while a Car would do for those
in the City. And for individuals like Oyedepo and Adeboye who have
Churches to run in 65 and 193 countries then the use of private jets may
just be imperative.

On my little research I discovered that Oyedepo travels about 5 times in
a week and still makes it back in time for Canaanlands Sunday service.
That can only be possible if the Church has a private jet. Now my own
pastor was once stuck Abroad due to some issues with his booked flight
hence he missed about two Sundays or so. However I am not saying my
pastor needs a private jet because he only travels once in a year for
his summer vacation and rarely travels for international ministrations
as we do not have a branch outside Nigeria. But on the other hand RCCG
owns about 700 branches in UK alone, the biggest church in East Africa
is a living Faith Church. Other countries like Zambia also have huge
Living Faith members. So why should a pastor of such a church not have a
means to travel in a private jet.

I once saw Oyedepo at a 8:00 clock service in Landmark University in Omu
Aran(via internet). So I thought did he leave Ota as early as 3AM or
did he sleep over at Omu Aran? But I was told by an indigene of Omu aran
that anytime there is an Helicopter hovering over town then they are
sure Oyedepo is around(and he comes around Omu Aran often) so I knew he
came with a Chopper that morning and left with a chopper that same
morning. But imagine if he had to use a commercial airline for that. He
would have to take a trip to Ikeja board an available flight to
Ilorin(if they have an Airport) or Abuja and then begin a journey back
to Omu Aran and hope there is an Available flight back Lagos. All that
wahala for a 60 something year old man just because you want to preach
in a 45 minutes service Kwara.

Perhaps there are few global ministeries in the world that have planted
Churches as much as these churches in modern Christian era and that is
testament to the indispensable role that Nigerian Christendom has to
play in the propagation of the gospel in the end times.

For these Churches they appear to run a very Centralized leadership and
that is very good. Hence I would actually recommend the use of Private
planes and Helicopters for easy conveyance of their top leadership.

On a final note RCCG as a Church is bigger than some countries
(membership vs citizens) e.g Lesotho, Licheistein yet can we say that
the presidency of such Nations disparages their poor by using private
planes for Official purposes? If we won’t, then why do we insist on
assassinating the Character of these Noble pastors who never respond to
people castigating them?

Corpers To Receive Allowance In A Couple Of Days – NYSC