Presidency To Sack Police IG? Shops For His Replacement 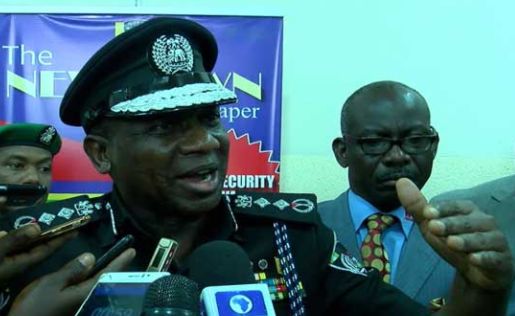 The embattled Inspector-General of Police (IGP), Ibrahim Idris, may be
forced out of the police force in few weeks as President Muhammadu
Buhari is believed to have ordered discreet screening of top police
officers for his possible replacement.

According to Daily Independent investigations, the president is worried
over some of the allegations in the media against IGP Ibrahim Idris.

Prominent among them are allegations of corruption levelled against him
by Senator Isah Hamman Misau, some serving police officers, as well as
some lawyers.

In addition, he is being accused of being sectional in the discharge of his national duty.

Some of the petitions are said to have been forwarded to President Buhari and to the EFCC.

Daily Independent had reported that the EFCC was already acting on some of the petitions discreetly.

A reliable source at the anti-graft agency hinted that “though the
presidency is yet to officially refer the case to us, we are already
investigating the allegations based on petitions already with us.”

One of the allegations was that one Barrister Emma, a civilian who lives
in Onigbongbo, Lagos, was dreaded at the Force Headquarters, as he was
said to wield so much power and had unrestrained access to the IGP’s
office on 7th floor.

He was also accused of influencing posting of mobile police squadron commanders after they parted with as much as N10million.

Posting of squadron commanders is the prerogative of the IGP.

One other allegation was that IGP Idris frustrated an investigation into a $1million case.

It was said that the Idris called a Deputy Commissioner of Police (DCP)
who headed the investigation team at Force Criminal Investigation
Department (FCID) to step down further investigation.

But the DCP told the IGP to send a signal as evidence for his defence in case he is later queried.

The IGP reportedly got angry and viewed DPC’s request as an affront, and consequently redeployed him to Police College, Kano.

It was further learnt that based on the track record of the DCP, the
Presidential Committee on Recovery of Public Property requested the IGP
to deploy the DCP and other officers to the committee.

The IGP was said to have refused to deploy him to the committee but rather deployed younger officers.

A top official of the committee who is also an adviser to President
Buhari, told Daily Independent in his Abuja office that “we actually
wrote to the IGP to release some officers to us, and he did not
decline.”

The official would not want to comment on whether the category of officers requested for were released.

“We have no issue on the category of officers released; all I know is
that the IGP did not decline to our letter. Apart from the police, we
also wrote to other agencies, like the EFCC.”

An Aso Rock source told Daily Independent that the allegations against the IGP were embarrassing.

“They are quite embarrassing to the government and grievous in nature, although the facts are yet to be established,” he said.

Apart from the allegations of corruption, Idris is being accused of being a sectional IGP.