New Dawn! Frank Edoho dropped as Who wants to be A Millionaire host 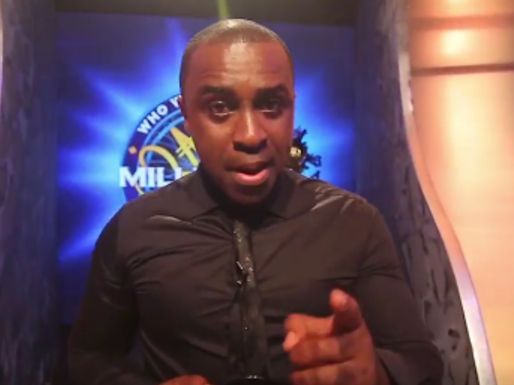 It was announced
that popular family game show, Who Wants To Be A Million, would be back on air
with a new sponsor, Airopay. Many thought Frank Edoho will remain as
anchor.

But according to Saturday Beats, after 13 years of hosting the
show, the popular broadcaster would be dropped and replaced by someone yet to be
unveiled.

An organiser of the show told Saturday Beats
that they did not have any problem with Edoho, so it was an amicable
agreement.

“The only difference about the show is that the star prize
money has reduced from N10m to N5m. Also, it is very likely that we are not
going to use Frank Edoho as our anchor. We are not dropping him because we had
any issue with him. I think he feels it is time to go and find other
endeavours.

“For now, our viewers would only be able to play on the MTN
platform till we are able to sort out ways whereby they can play from any
network provider and that would be resolved very soon. We are under no
obligation to play on the MTN platform alone. Airopay is thrilled to partner
with Ultima Limited, whose passion and dedication to quality and world class
productions are well known, by sponsoring the Who Wants To Be A Millionaire
Nigeria game show. Airopay is honoured by this partnership. Airopay and Ultima
are convinced that the synergy between Airopay and Who Wants To Be A Millionaire
game show will be mutually beneficial.”